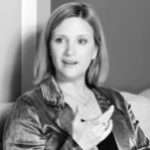 Canadian Muriel Anton is the founder and General Manager of Odyssey, and Chairwoman of the Supervisory Board and former CEO of Vodafone Czech Republic. Muriel first came to the Czech Republic in 2000 to join the start-up of the mobile operator, Oskar, as Vice President for Finance and she guided the company through its acquisition by Vodafone in 2005. Taking over the CEO role of Vodafone Czech in 2008, Muriel was the type of leader that did not merely focus on the business but also on her employees' well-being and wider social and environmental responsibility. Thanks to her efforts, Vodafone launched many innovative programs and won more than 10 awards for CSR innovation, leadership and strategy. In 2010 Muriel led the pformation of a mentoring program and a leadership program for Czech business women – Odyssey, and is now beginning the expansion of Odyssey into other CEE countries. In 2008, 2009, and 2010 she was voted the Most Influential Businesswoman by the renowned economic daily newspaper "Hospodářské noviny" and Woman Manager of the Year for 2009.