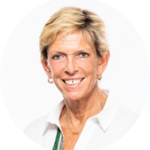 Cécile Coune is an independent non-executive director, board member of several large financial institutions (QBE, Belfius end Corona direct) and a number of their audit, risk and/or remuneration & nomination committees. She will soon be nominated on the board and audit committee of a digital marketing group, active internationally.

She previously was chief executive officer and chairwoman of the Executive Committee of Aviabel, a leading aviation insurer and reinsurer worldwide. Before Aviabel, she was a partner at Liedekerke, a prominent Belgian law firm, where she developed and headed the insurance practice. Prior to this, Cécile Coune spent over 15 years in the insurance sector in CEO’s and other senior executive roles.

Cécile Coune is also a founding member of Women on Board (Belgium) since 2009 and she initiated European Women on Boards, which she co-founded in 2013. Those two associations focus on increasing the participation of qualified women on boards of directors in all sectors, cross-borders. Committed to corporate social responsibility, she also sits on the board of a mental health hospitals organization and is a mentor for EWoB and for Duo for a Job, an association helping young immigrants define their professional future.