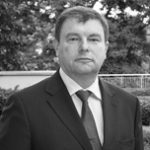 Petr linked the first part of his international career with Hydro Czech Republic, the local affiliation of Norsk Hydro ASA, where he served for almost nine years. Since 2002, he has been working as a Vice-President for Electric Powersteering Components Europe, a green-field joint venture in automotive industry owned by Mitsubishi Electric Corporation and JTEKT Corporation. Petr holds a PhD in natural sciences and executive education from the Harvard Business School and INSEAD. As the Vice-President of the Czech Institute of Directors, Petr pursues the principles of good Corporate Governance practice in the local business environment. He believes that an open-minded attitude and positive thinking are the keys to success in life and business.