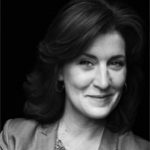 Kristin is an executive coach and business consultant at her own company, KLP Coaching, which offers individual coaching, team facilitation and leadership workshops. Before becoming a coach, she spent more than 15 years as a senior executive in the advertising business at the Wunderman agency in Prague and New York. In New York, she was later responsible for the development, new business acquisition and internal relations for more than 60 agencies worldwide of the Euro RSCG group. After maternity leave, Kristin became a certified coach. Her success in the business world is only a part of her story; Kristin is also very passionate about helping others and spends a lot of time supporting non-profits.